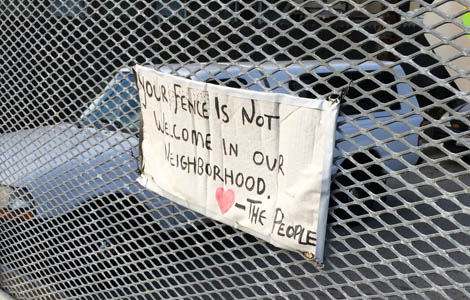 Learn more about the efforts to get beach access restored across the railroad tracks in Midtown.

In late 2012, Union Pacific Railroad installed heavy-duty fences at three locations in Midtown Ventura to block access across its railroad tracks. The routes at Seaward Avenue/Vista Del Mar, Hurst Avenue, and Anacapa Street have long been used by residents to get to and from the beach.

In response to residents who were upset by the access being blocked, the Midtown Ventura Community Council formed the Beach Access Committee to address the issue. Working with the City of Ventura, the MVCC is seeking ways to regain the access that was lost. 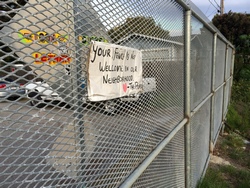 Union Pacific is seeking a coastal development permit from the City of Ventura to make the fences permanent. Currently the fences are 8-feet tall and city ordinance allows for 6-foot high fences, so Union Pacific needs to get a waiver.

The railroad conglomerate met with the MVCC and city officials in April 2014 to discuss the fences. Union Pacific said the only way they will grant access across its railroad tracks is via a pedestrian overpass or an underpass. The railroad would not fund an overpass or underpass, instead shifting the responsibility for that to the budget-strapped city. Simply putting up a crossing with a signal and safety arms isn’t an option, Union Pacific said. 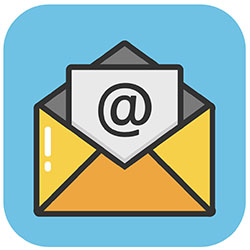